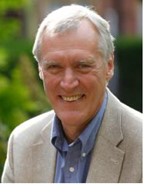 Matthew Bullock is a founder and Honorary Vice-Chair of Cambridge Ahead. He was Master of St Edmund’s College, Cambridge, from 2014-19, as well as Chairman of the Transforming Pathology Partnership. For the last 12 years, Matthew has also been the chairman of International House Trust Ltd.

Matthew was most recently the non-executive director of Cambridge University Hospitals Foundation Trust (Addenbrooke’s), and Chairman of its Audit Committee from April 2011–July 2013.  In this position, Matthew played an active role in improving the financial and commercial performance of this large hospital group.

Matthew was Chief Executive of the Norwich and Peterborough Building Society, and also the chairman of TAP Biosystems from 1999 to 2012. Before this he had a broad banking career, spanning investment banking, credit risk management, and corporate banking at senior levels in the Barclays group. In particular, Matthew was involved in the early development of the Cambridge Phenomenon in the 1970’s and was head of Barclays High Technology Financing Team throughout the 1980’s. He was also a founding member of the Advisory board at the University of Cambridge Judge Business School and a member of the University’s Audit Committee for 12 years. He was a History student of Peterhouse College, Cambridge.