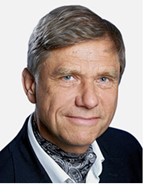 Dr Hermann Hauser KBE FRS FREng FInstP is an Honorary Vice Chairman of Cambridge Ahead. A serial Entrepreneur and co-founder of Amadeus Capital Partners, Dr Hauser has wide experience in developing and financing companies in the information technology sector. He co-founded a number of high-tech companies including Acorn Computers which spun out ARM, E-trade UK, Virata and Cambridge Network. Subsequently Hermann became vice president of research at Olivetti. During his tenure at Olivetti, he established a global network of research laboratories. Since leaving Olivetti, Hermann has founded over 20 technology companies. In 1997, he co-founded Amadeus Capital Partners. At Amadeus he invested in CSR, Solexa, Icera, Xmos and Cambridge Broadband.

Dr Hauser is a Fellow of the Royal Society, the Institute of Physics and of the Royal Academy of Engineering and an Honorary Fellow of King’s College, Cambridge. In 2001 he was awarded an Honorary KBE for ‘innovative service to the UK enterprise sector’. In 2004 he was made a member of the Government’s Council for Science and Technology and in 2013 he was made a Distinguished Fellow of BCS, the Chartered Institute for IT. Hermann has honorary doctorates from the Universities of Loughborough, Bath, Anglia Ruskin and The University of Strathclyde.