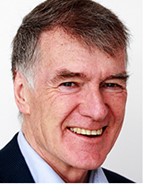 Charles’ engagement in high technology dates back to 1983 when he was Sales and Marketing Director at the computer company Sinclair Research Ltd. After graduating, he worked in the automotive industry at British Leyland and Ford, going on to work in Boston, Massachusetts before returning to Cambridge. Prior to his current roles he has held a number of Board-level, Director-level, including CEO of Virata Corp. which he took public on NASDAQ in 1999 and achieved a market cap of more than $5Bn at its peak. He lives in Cambridge, England and holds a BA Hons in Physics from Oxford University and is a Fellow of the Institute of Physics and a Fellow of the Royal Society of Arts.