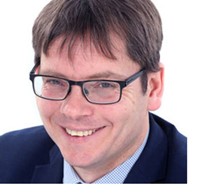 Alex became Regulation Director at Anglian Water in 2017, having spent two years leading on regulatory policy and market reform. Previously he worked as Director of Regulation at Royal Mail, Executive Director for Economy, Transport & Environment at Cambridgeshire County Council, and Chief Executive of Cambridgeshire Horizons, driving forward the delivery of sustainable new communities in Cambridgeshire. Earlier in his career he worked at HM Treasury on productivity, competition and regulation policy, and at the Civil Aviation Authority as Head of Economic Policy & International Aviation.

Alex is also a Board Member for the independent urban policy think tank, the Centre for Cities.