When Anglian Water took the bold step to adopt a purpose beyond profit, the company needed to find ways to measure success.

For a long time, Anglian Water has been focused on reducing its carbon footprint, and we’ve driven out about 60%of our capital carbon from our baseline in 2007.

As part of our journey to net carbon zero by 2030, we’d already signed up to the UN’s Sustainable Development Goals. Then, in 2019, our Board took the decision to change its articles of association from a standard limited company, where the stated purposeof the company is to maximise return for shareholders, to a new form of company, where the stated purpose is to deliver environmental and social prosperity to the region we serve, whilst earning a fair return for shareholders.

It wasn’t an easy choice or taken lightly. The decision effectively means that the range of organisations that shareholders may be able to sell their stake to in future is reduced. It is also very difficult to reverse out from such a change, so the change embeds this commitment for the long term and for future owners and managers of the company.

But after lots of discussion, the Board unanimously agreed that this was the right thing to do. The structure of the standard limited company model did not fit the ethos of the organisations, so why not change that structure?

While it locked in behaviours that were already inherent in the company, it was nevertheless a big shift with significant implications. Once that purpose was part of our constitution, and a legal duty against which we are held accountable, we needed to find a robust way to operationalise it. That’s when we began exploring and applying the Six Capitals framework, initially as a way to inform our investment decisions. Take the example of treating recycled water before it’s discharged back into the environment. We have to abide by Environment Agency rules to ensure it’s treated to a certain standard before it’s discharged to the river. 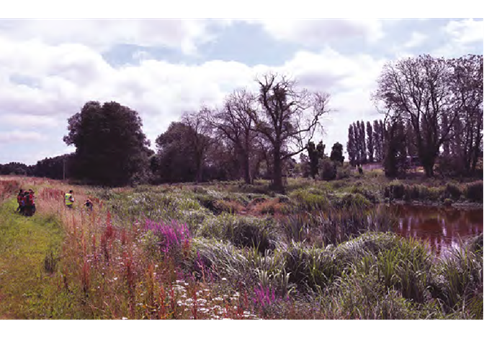 Traditionally, we might have built a concrete tank and dosed the final effluent with ferric phosphate, which guarantees that we meet those requirements in terms of phosphorous, ammonia and other chemicals before we discharge the treated water back to the environment.

This approach works, but it doesn’t score well against the Six Capitals framework. What we’re now doing is finding solutions that deliver a similarly safe outcome for discharge, but do so through approaches that also create increased natural and social capital. By constructing wetlands and reed beds to do the job, we can create a natural process that takes out the phosphorus and ammonia. The resulting wetland is a place people can walk around and enjoy, so there’s social amenity value too.

That thinking is informing our wider investment programme for the future, which means we’ll be delivering a lot more natural and social capital water recycling treatment solutions in the future and fewer concrete-constructed and chemical solutions.

Applying the Six Capitals framework is not without its challenges, and we’re still at an early stage. Currently, it’s much more embedded in our capital investment choices than it is in our day- to-day operating decision making. But that’s a good start as we invest many billions in programmes each year.

The main difficulty is in the metrics – how we measure likely impacts of decisions. The metrics are more mature for some aspects of the Six Capitals than others. We did some work with the UEA which gave us a baseline position on natural capital, and you can measure that readily. For example, if you create reed beds you get biodiversity net gain. There’s some social uplift too, however that’s harder to quantify currently.

But we’re determined not to let best be the enemy of the good. We take the view that even if we’re not at the point where we can clearly measure impact on all the elements of social capital, we can at least use the framework to assess whether the choices available may augment or be neutral or negative in terms of impact on social capital. It’s not yet as scientific as we would like it to be, but it can still inform our decisions.

Employees are really positive about it our approach to purpose. One of the things that was a consideration for us in deciding whether to make the change to the articles was a recognition that our ability to recruit, particularly younger people, was going to be helped by a purpose that went beyond profit. Despite the added complexity for our colleagues, we’ve managed to test the Six Capitals in just over 100 capital investment schemes. Now it’s being incorporated into our value framework and benefits realisation process so when we’re demonstrating the benefits that are realised from a particular investment, we’re capturing it on multiple dimensions. 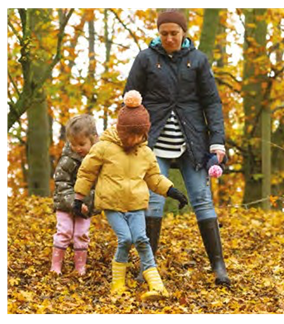 One interesting developing area is around new markets for credits for carbon and biodiversity. In the future, whenever we build anything we’re going to have to demonstrate biodiversity net gain. Sometimes that’s hard to do on a particular site, but if you (or another organisation) has a neighbouring wetland that you can expand, you can potentially find a way to meet your biodiversity net gain requirements through credits. That provides flexibility.

We’re still in the foothills of applying the Six Capitals framework, but it’s going to become ever more important in terms of the way we frame our forward plans. Every five years we put a business plan proposition to Ofwat as to what we need to invest in and what we should be allowed to charge customers for. We’ve nodded towards the Six Capitals in our previous plans but the next one will be much more framed by it from the outset. Once the plans are constructed using the framework, operationalising the investment choices will follow suit more seamlessly.