Previous Next
Home | News & Insights | 2022 | Disruption – a catalyst for discovery

Disruption – a catalyst for discovery

Humans are at the heart of every city and its progress. But people are notoriously poor at predicting or imagining the future, and often stick to the status quo. How can a city collectively change behaviours and harness experimentation to improve quality of life today and tomorrow?

Habits are hard to break, even when they’re sub-optimal or down right bad for us (smoking being a case in point). Thousands of decisions drive our acts each day and often, we simply don’t have the time or the mental energy to re-consider our established ways of behaving.

Thinking patterns are the same. Our default is to look for confirming evidence and run within the lines. Small perturbations will generally self-correct back and we need quite a violent jolt to get us to move onto another track. Behavioural scientists are disproportionately interested in these jolts - moments of disruption - because they present the biggest opportunity to change habits. It took a London Underground strike to show some commuters that the tube wasn’t the best way to get around. 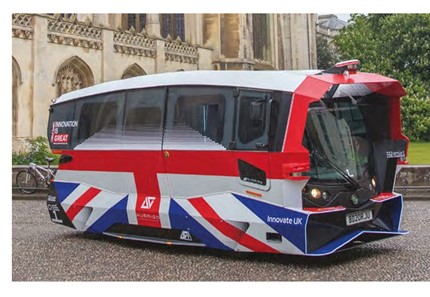 Travel habits are often deeply engrained, so when the BIT was asked to support adoption of a new cycling scheme, we started by asking, is there a potential disruptive moment? Sure enough, people are four times more likely to sign up to use cycling docks if they’re contacted within three months of moving house.

Instead of going into broadcast mode about those locked into habits, local leaders can use this evidence to get smarter about targeting. Consider new towns and settlements – all residents have moved and they haven’t yet established new travel habits. With the right infrastructure in place, it’s a golden opportunity for sustainable transport. Beyond travel, we can seize this moment to build strong and cohesive communities as social networks have also been disrupted. Too often we think about a new development purely in terms of physical capital when we should also be systematically building social capital too.

Of course, the pandemic has been a major moment of disruption. When it comes to working practices, many of us have had our habits shaken up. At the BIT we’re often asked, will remote or hybrid working stick, or will people gradually return to the office?

There are two relevant change factors here: ‘software habits’ and structural changes. There’s a famous energy- efficiency intervention where people reduce energy use when their bill contains feedback about how much energy they use relative to their neighbours. It’s a nice microcosm of a more general phenomenon that’s relevant for thinking about working practices. When people receive those energy bills, they start turning off the lights, but they also do things like install insulation. When the feedback bills stop, people use more energy again – half the effect wipes out and half sticks. The half that decays is that which requires active effort to maintain – the software habit of remembering to turn off the lights, which takes effort. But the insulation is a structural change that persists.

When you apply that logic to home working, you can see that people have got into the habit of going to a home desk, but the office is still there and now open, so they could drift back. However, some people have moved house, moved cities even. That’s a structural change they’ve made that persists and influences their behaviour and, particularly if they’re senior in their organisation, it’s an anchor point for others too. The BIT house view is that things have changed permanently – at least to a point.

Behaviour change and experimentation go hand in hand. A commitment to deliberately and systematically test variations can provide a competitive edge – Amazon has built its business model and platform on that basis. We’ve been working with mayors in the USA to test lots of variations to, for example, increase the payment rate of local tax. Closing up small gaps can bring a large financial gain. It can also embed a capability – and mentality – to experiment more widely, and to be more attuned to the evidence behind policy options or operational choices.

I believe the UK needs more formal and radical experimentation. For example, our housing market offers a very limited range of options – why aren’t cities here testing ideas like ‘co housing’ as parts of Northern Europe are?

To do largescale experimentation well, cities need to nurture something known as ‘innovability’ – systems which are easy to experiment within. Cities can be thought of as big capital investments which are relatively inflexible. Take the example of whether to build a structure one way or another. You can’t run two versions of that, but you can ensure you build with certain characteristics, like modularity, which allows you to combine and recombine elements. The guided busway in Cambridge was innovative at the time, but it didn’t have innovability in comparison with a road dedicated to buses that could have been flipped between different modes of transport for experimentation purposes.

Experimenting cities also require certain characteristics in terms of data architecture, capability and ways of working. There’s the opportunity for partnership, as can be seen at the Chicago Public Services Lab – a bridge between the university and the city. Why wouldn’t more cities with universities have such innovation labs to prototype ideas?

While people find it hard to predict whether they will actually prefer something before they try it, they can engage with prototypes. The BIT does a lot of online testing where we show thousands of people different versions of something and see what difference that makes to their comprehension, or liking or intention in some way. Prototyping often aims to assess the impact of an initiative on problems like crime levels or traffic congestion, but it can also reveal how people will feel and that’s another relevant variable. Indeed, we’ve even done a form of this – with 3-D simulation – to help shape the design of a new city in Asia.

Citizens could even provide the mechanism to authorise experiments themselves. In an academic setting that’s a role usually carried out by be an ethics board, but in a city it could take the form of deliberative democracy.

The Levelling Up agenda presents a huge opportunity to help the country experiment. DLUHC should be helping and empowering cities try out all sorts of things, but the quid pro quo should be that they must evaluate it in a way that ensures every other city will understand what worked and what didn’t. And not because Whitehall needs to know whether something Cambridge did worked or not, but because every other city needs to know and should want to know. That looks a lot like a public good.