Find out more about the individuals that make up our Operational Board below. 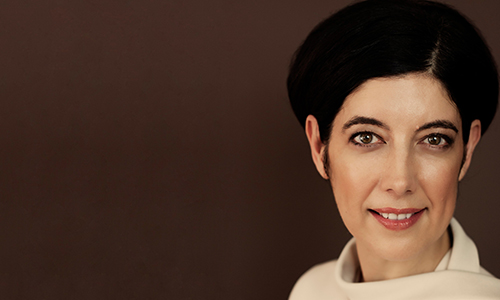 Harriet was a career Diplomat for over 20 years with the Foreign Office, serving in 17 countries in various roles and also in the commercial field, including as Head of the national Life Sciences and Healthcare Trade Team for UK Trade & Investment.

Harriet has worked at the heart of the Cambridge business ecosystem since 2003 and was awarded an MBE in the Queen’s Birthday Honour’s List 2016. She was Chief Executive of One Nucleus from 2009 to 2017, which became the largest life science and healthcare membership body in Europe under her leadership. Harriet served as the Prime Minister’s Business Ambassador for Life Sciences for five years, undertaking a range of high-profile duties, and is currently a Director of Cambridge& and Founder of Harriet Fear Associates Ltd. 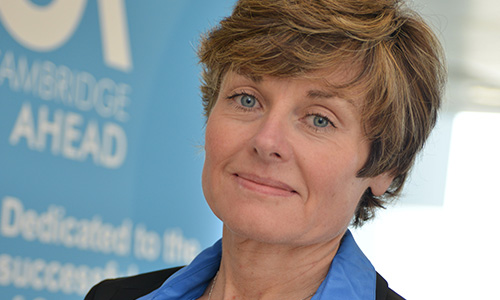 Prior to her appointment at Cambridge Ahead, Jane’s career spanned both the commercial and not-for-profit sectors, including roles as CEO of a London-based theatre, the Group Commercial Director of Emap Conferences, Head of Development at the Barbican Art Centre, and over 11 years in national media advertising including The Telegraph, The Times and women’s consumer magazines, Elle and Elle Decoration. 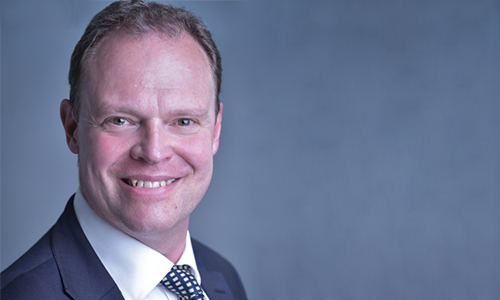 Duncan leads on growth in the Large Corporate team for Barclays in the Eastern Region. Barclays is proud to be Banker to some of the most important companies and institutions in the Region, including many of the members of Cambridge Ahead. Over the last 30 years in the Banking industry, Duncan has developed a personal specialism in Corporate Finance and wider Relationship Management. He lives in Cambridge and is fully committed to the further development of the area. 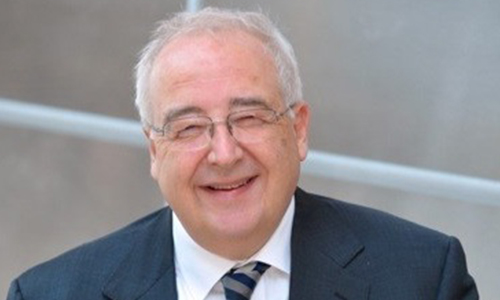 David Cleevely is an entrepreneur who has founded a series of companies including Abcam, Analysys and the award winning restaurant Bocca di Lupo. He was Chairman of the Raspberry Pi Foundation, founding Chairman of the Cambridge Science Centre, and founding Director of the Centre for Science and Policy, University of Cambridge. He also co-founded Cambridge Network, Cambridge Wireless, Cambridge Angels and Cambridge Ahead.

David helped set up the Cambridgeshire and Peterborough Independent Economic Review (CPIER) and was Vice-Chair of the Commission which issued its final report in September 2018. He chairs the Cambridge Autonomous Metro (CAM) Technical Advisory Committee. 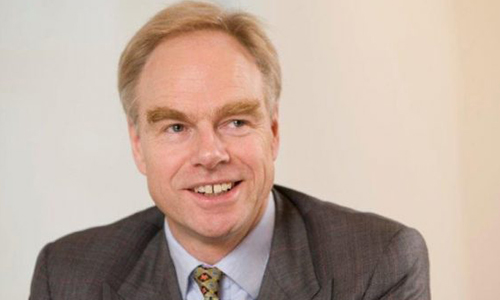 Jeremy Newsum DL is an Honorary Vice Chairman of Cambridge Ahead and was inaugural Chairman for the first six months of our existence. He was Executive Trustee of the Grosvenor Estate, until he stepped down from this role at the end of 2016. He is also a director of Wates Group, a trustee of the Evelyn Trust and a member of the Investment Committee of Trinity College, Cambridge.

Alex became Regulation Director at Anglian Water in 2017, having spent two years leading on regulatory policy and market reform. Previously he worked as Director of Regulation at Royal Mail, Executive Director for Economy, Transport & Environment at Cambridgeshire County Council, and Chief Executive of Cambridgeshire Horizons, driving forward the delivery of sustainable new communities in Cambridgeshire. Earlier in his career he worked at HM Treasury on productivity, competition and regulation policy, and at the Civil Aviation Authority as Head of Economic Policy & International Aviation.

Alex is also a Board Member for the independent urban policy think tank, the Centre for Cities. 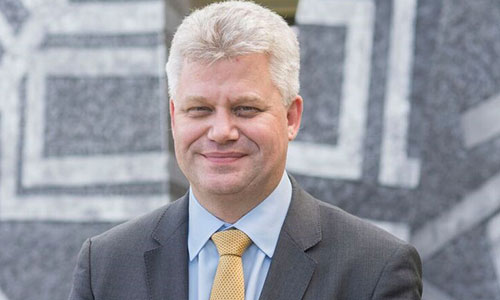 Professor Andy Neely is Pro-Vice-Chancellor for Enterprise and Business Relations at the University of Cambridge, Head of the Institute for Manufacturing (IfM) and Head of the Manufacturing and Management Division of Cambridge University Engineering Department. He is a Fellow of Sidney Sussex College and Founding Director of the Cambridge Service Alliance. He is widely recognised for his work on the servitization of manufacturing, as well as his work on performance measurement and management. Previously he has held appointments at Cranfield University, London Business School, Cambridge University, where he was a Fellow of Churchill College, Nottingham University where he completed his PhD, and British Aerospace. He was Deputy Director of AIM Research – the UK’s management research initiative – from 2003 until 2012 and was elected a Fellow of the Academy of Social Science in 2008 and a Fellow of the Royal Academy of Engineering in 2018. Andy was awarded an OBE in the 2020 New Year’s Honours list. 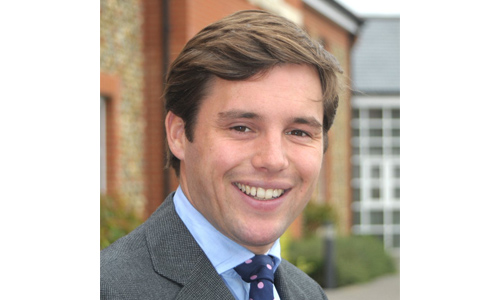 Rob Carter is a Regional Director at RG Carter, a family owned business, established in 1921 and renowned for its diverse range of high-quality construction services. With specific board responsibility for various office operations across the Firm, including RG Carter Cambridge Limited, he has helped deliver many prestigious projects within Cambridge in sectors such as Life Sciences, Commercial, Historic Refurbishment and Education, specialising in complex ‘one off’ schemes.

Rob is keen to develop and help give young people opportunities in the work place and is a dedicated ambassador of the in-house training centre, Carter Academy. After fifty years of commitment to training, it is still central to the business, with over 40 young people starting construction management or craft apprenticeships every year. 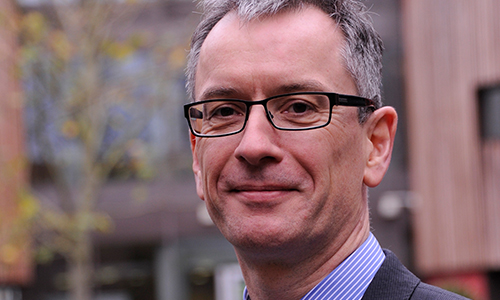 Professor Roderick Watkins was appointed Vice Chancellor of Anglia Ruskin University in February 2019. He first joined ARU in 2014, as Pro Vice Chancellor and Dean of Arts, Law and Social Sciences, before being appointed Deputy Vice Chancellor (Research and Innovation) in 2015. Prior to joining ARU, he was Dean of the Faculty of Arts and Humanities at Canterbury Christ Church University, where he was appointed Professor of Composition and Contemporary Music in 2005.

He is a composer with a particular interest in digital sound synthesis and the combination of acoustic and synthetic timbres, and his compositions have been performed and broadcast across Europe and the UK. He was a member of the Advisory Group for Lord Stern’s Review of the REF (2015-16), and the Research England/Universities UK Working Group developing the Knowledge Exchange Concordat (2018). 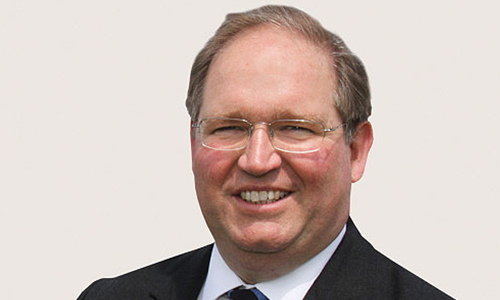 Christopher is Group Director of External Relations and Communications at Marshall of Cambridge (Holdings) Ltd. He joined Marshall in 1983 and has worked in all of its operating businesses. Christopher is a Non-Executive Director of Marshall Motor Holdings plc. He is a Trustee of Addenbrooke’s Charitable Trust, and a board member of Anglian Learning. He is also a Board member of the East Anglian Reserve Forces and Cadets Association and chairs the Regional Employer Engagement Group. He is a member of the Joint Assembly of the Greater Cambridge Partnership. Christopher is Chairman of No.104 (City of Cambridge) Squadron of the RAF Air Cadets and a Vice President of the Air League Trust. He is a Vice President of the Automotive Fellowship International and a Fellow of both the Royal Aeronautical Society and the Institute of the Motor Industry. 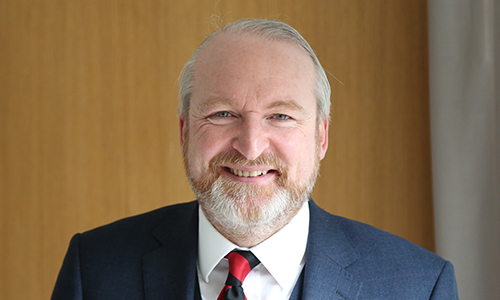 Richard is Bursar and Fellow of Jesus College Cambridge, a position he has held since April 2017, where he is responsible for financial, operational and legal matters. This includes managing the College’s endowment, a significant proportion of which is invested in property in and around Cambridge. Prior to this, he was Bursar, Development Director and Fellow of St Edmund’s College Cambridge. Richard is also actively involved with the University of Cambridge, where he is currently a member of the Finance Committee, and recently served as an elected member of the University Council.

Richard trained as a chartered accountant in the City and previously worked in project and corporate finance in infrastructure and utilities, and in wealth management and private banking. He was brought up in Cambridge and is director of a family-owned construction business based in Ely. 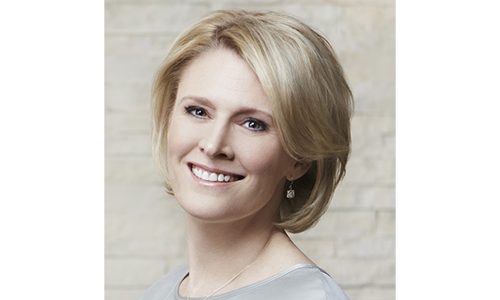 Kirsty is Chief People Officer at Arm and member of the Arm Executive Committee. Arm’s technologies continuously evolve to ensure that its intelligence is at the core of a secure and connected digital world. Arm’s global headquarters are in Cambridge and over a third of its employees are based in Cambridge. She joined Arm in 2002 and has led the People Group since 2017.

Kirsty’s ambition is to create the blueprint for the future of work; that is truly human, diverse and inclusive allowing everyone to thrive and contribute to their full potential. Kirsty is known for her work on developing programs that deliver high performance, high engagement and progressive organisations and workspaces. Kirsty is recognised for her passion for Science, Technology, Engineering & Maths; becoming involved with global initiatives to raise the profile of STEM as educational and career choices available to all.

Kirsty graduated from Cambridge University and she and her family live, work and study in Cambridge. She is delighted to progress from Member to Board Director of Cambridge Ahead and further contribute to the success of this city.